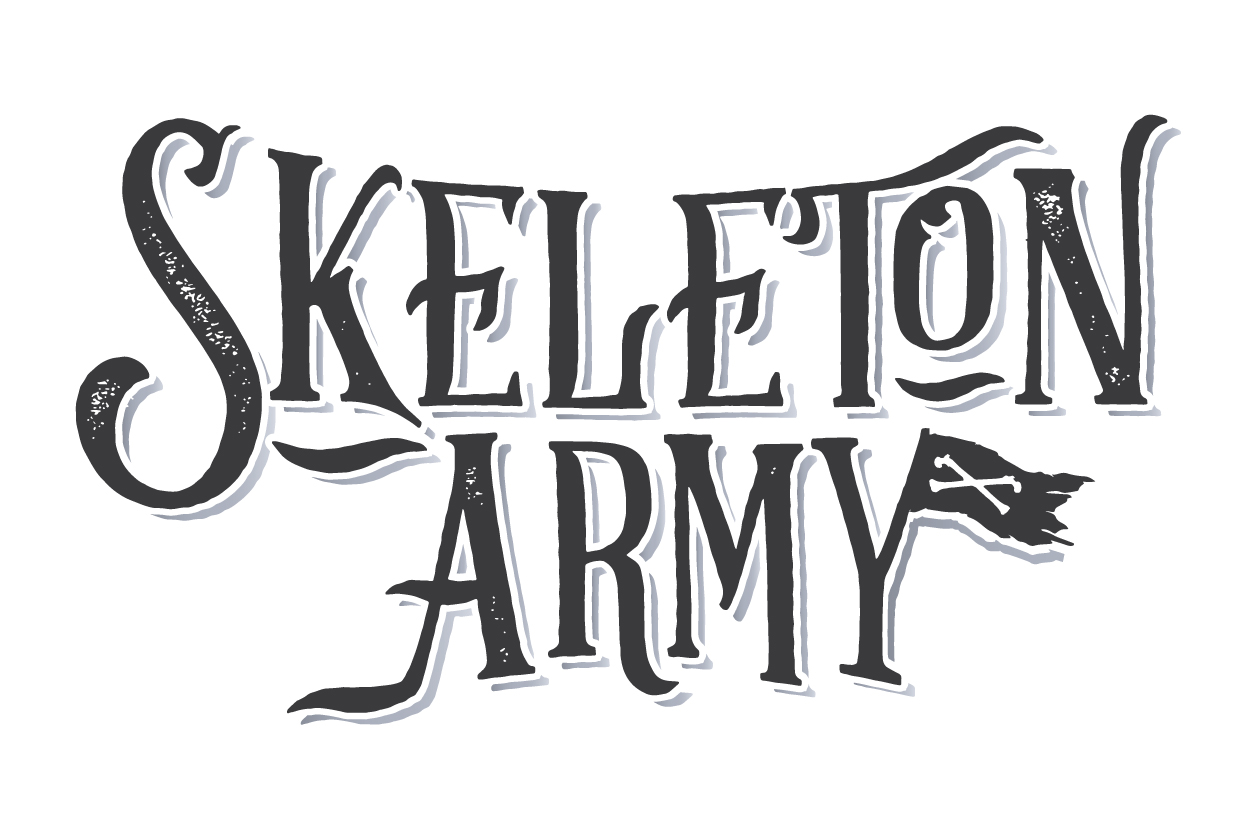 A Musical
By John Copeland and Len Ballantine
Based on the original concept by Neil W. Leduke

On the poverty-stricken East London streets of Victorian England two armies line up for battle. The Skeletons fight for the comforts of the present. The Salvationists fight for the hope of tomorrow. Caught in the middle, Charles Jeffries, a charismatic young leader of the Skeleton Army must decide what side he really is on. This lively, two-person musical was first produced in 2019 Off-Broadway through the Salvation Army’s Theater 315. While the show itself was originally conceived by Neil Leduke, Charles Jeffries’ story of redemption is true to history. Set in Victorian England where the hard-working, working-class would frequent local pubs at a rate never-before seen in history. The Salvation Army was in its infancy; their evangelical mission took them to the streets to reach the broken and homeless with the slogan Soup, Soap and Salvation. Motivated by the love of God, early Salvationists aimed to meet the basic needs of the desperate people of Darkest England. Today, The Salvation Army is a thriving organization with efforts in social justice reaching over 130 countries. The Lord took hold of me, and I was carried away by the Spirit of the Lord to a valley filled with bones.  He led me all around among the bones that covered the valley floor. They were scattered everywhere across the ground and were completely dried out.  Then he asked me, “Son of man, can these bones become living people again? If you had to tell your story, your testimony, using only the contents of one box, what would be in that box?

As the son of Salvation Army officers, moving was a major part of my growing up. Every couple of years, my parents, my brother, and I would pack up all of our belongings and get ready for the next big adventure. As I got older, the number of boxes for my stuff expanded. My mother would always encourage me to throw away the things I didn’t need – to downsize. And I would. A bit. But there was always more than she thought necessary. That’s because certain items, certain mementos that I had that meant nothing to her. But they meant everything to me.

When we embarked on this project, I had never heard of Charles Jeffries. He’s not a well-known figure, even within The Salvation Army. I had a basic working knowledge of what the Skeleton Army was, but I hadn’t heard about them since I was in Honor Junior Soldier classes. The more I learned of Charles Jeffries, his adversarial beginnings, his transformation, and his work for God around the world, the more strongly I felt that this was a story that needed to be told. With epic songs played by a 30-piece orchestra, all culminating with a Les Miserables style number and at the front, our Salvation Army Jean Valjean stand in, Charles Jeffries, leading the way…

The question then became how to tell this story in such a more intimate way without losing the scale and size that the story needs. The answer came quickly. By bringing you, the audience, right into the action. At different moments throughout the show, you may find yourself as a patron of the local pub, as a passerby on the streets of London witnessing an open air, as a member of the Skeleton Army, or as a congregant at the watch night service.

John Copeland and Major Len Ballantine have crafted a beautifully compelling narrative that accomplishes something rather unique – they were able to make the epic intimate and the intimate epic. Contained within his one small box, Charles Jeffries has preserved the entire story of his life. Items that represent moments – good moments, bad moments – that made him the man he was. The brushstrokes that made up the painting of his life. These things may have meant nothing to anyone else. But they meant everything to him.

I have been so blessed to collaborate with John, Major Len, Neil, Carol, and especially Kathryn and Kyle on this story and I am grateful to them all for trusting me on this journey.

Thank you so much for joining with us and being an integral part of our storytelling. I hope that as you journey along with Charles Jeffries, you take the time to think of you own life, your own moments, and how they have led you to where you are, and where God has called you to be.

Kathryn and Kyle Higgins have been married since 2010 and performing Skeleton Army together since 2018.  They’ve traveled  the world together, featuring at Roy Thomson Hall in Toronto, the Royal Albert Hall in London and  Off Broadway. Their daughter Elizabeth has grown into the role of stage hand, making herself quite indispensable as a member of the team. Len is a graduate of the University of Toronto’s Faculty of Music where he studied composition, piano and choral direction.  His career has enabled him to travel widely as a musician and officer of The Salvation Army, during which time he gained an international reputation as a choral and brass specialist as well as a gifted communicator.  Len’s works have been performed and recorded by some of the world’s finest ensembles, including the King’s Singers (UK), the Elmer Iseler Singers (Canada), the Yorkshire Building Society (UK-brass band), and The Salvation Army’s International Staff Band and Songsters.  Len has worked professionally in music theatre and enjoys a diverse affection for music of all genres.

John has been involved with the Territorial Arts Ministries Bureau of The Salvation Army as an occasional actor, sketch writer, and director since 2000. John is currently Camp Director for The Salvation Army’s Camp Tecumseh in New Jersey. He is a decent husband, annoyingly likeable father, and reluctant cat owner. John is grateful to be involved in this project and hopes that all who see Skeleton Army are encouraged by the redeeming power of God’s grace.

Neil is a graduate of Tyndale University in Toronto, Ontario and a graduate of the Professional Communications Management program from Royal Roads University, Victoria, British Columbia.  Neil is a public relations veteran, starting his career in 1998 in media relations, marketing, communications and eventually events management for The Salvation Army. With over 20 years of experience in marketing, Neil has a flare of creative imagination and artistic energy.  In 2009 his passions for musicals and Salvation Army history birthed the grand concept for ‘Skeleton Army’. Besides loving musicals and creative arts, in his spare time, Neil can be found surrounded by the beauty of God’s creation, winter/summer camping, canoeing and fishing.  He is happily married to his childhood sweetheart, Elizabeth and is the proud father of two children, Sarah and Micah. The Salvation Army, an international movement, is an evangelical part of the universal Christian Church. Its message is based on the Bible. Its ministry is motivated by the love of God. Its mission is to preach the gospel of Jesus Christ and to meet human needs in His name without discrimination.